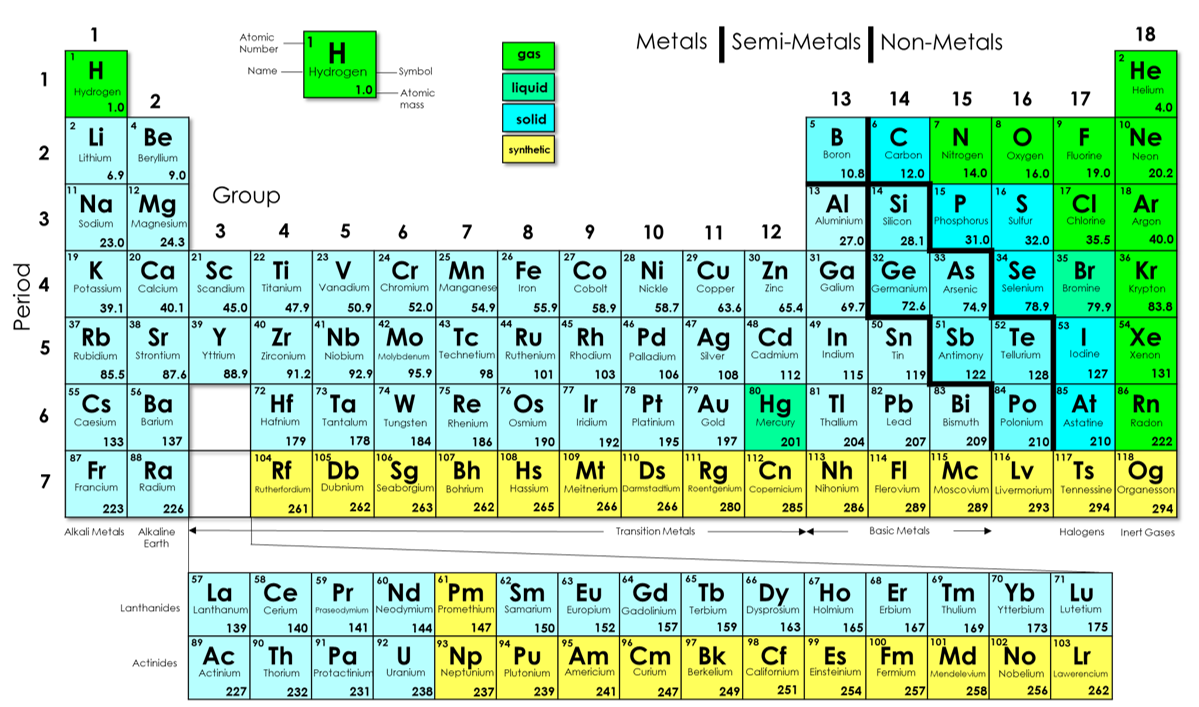 Down the group the Atomic radii increases
​e.g. Li → Fr in group one
Electrons are being added to successive energy levels and both charge on nucleus and electron repulsion increase in step to “cancel each other out”. However, successive energy levels are further from the nucleus therefore, there is a subtle increase in atomic radii and an overall decrease in Net electrostatic attraction, with an increase the electron-electron repulsion.

​Bond types between atoms can depend on the electronegativity of the atoms. Rather than discrete categories, molecules fall along a continuum 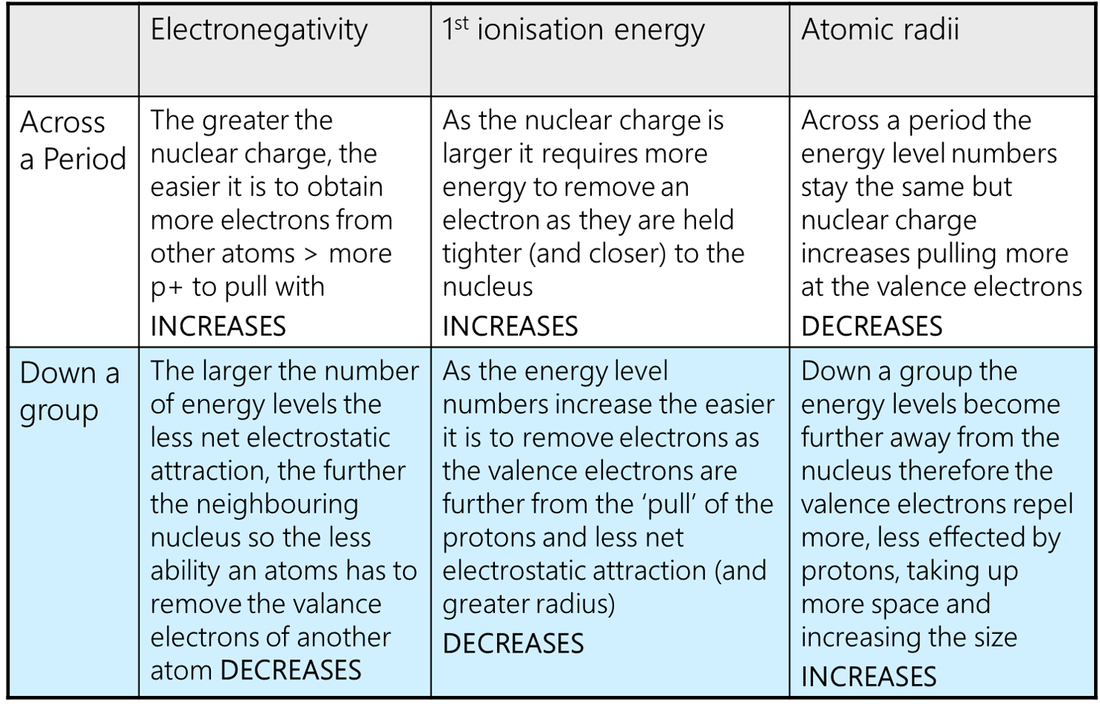